Common alder (Alnus glutinosa) is perhaps a less well-known plant species in modern Western herbal medicine. Yet it has much potential as a bitter tonic with astringent, antiinflammatory, antimicrobial and alterative actions. Many traditional uses have been reported in infections and skin complaints. Other alder species around the world have also found uses in traditional medicine from Asia to Africa, Europe to North America: such as A. hirsuta, A. incana, A. japonica, A. nitida, A. orientalis, A. pendula, A. rubra, A. serrulata, A. viridis. This plant is not to be confused with black alder which is another common name for alder buckthorn (Frangula alnus) or elder (Sambucus nigra).

The alder is a tree of wet ground, often seen alongside lakes and rivers. In winter it carries charateristic purple buds, and the female cones can be see remaining on the ends of branches. In early spring, the hanging male catkins become noticeable. This is a tree native to Europe and western Asia, with fast growth of up to 20-30 m height which can be readily coppiced. Alder trees are fastgrowing and noted for nitrogen-fixing ability so they make a good additon in the permaculture garden, provide extra nitrogen through their root nodules and fallen leaves. A study by Abedini et al. (2016) noted the potential abundance of waste bark from harvesting and logging, with recovery of 850 mg of purified oregonin from 3.7 g of crude extract of alder bark. See the notes below for the p0tential of oregonin as an antibacterial.

Alder is easy to forage or grow near water and highly productive of bark, catkins and cones (male and female flowers), and leaves. It coppices well. Note the bark is usually dried before internal use as fresh bark can cause vomiting.

The bark is noted for its astringent and alterative effects. Externally, the bark can be decocted and used on a wide range of skin complaints. The leaves can be used internally for soothing a sore throat, traditionally given for swollen breasts in nursing mothers. The young male catkins can be sucked for a sore throat. 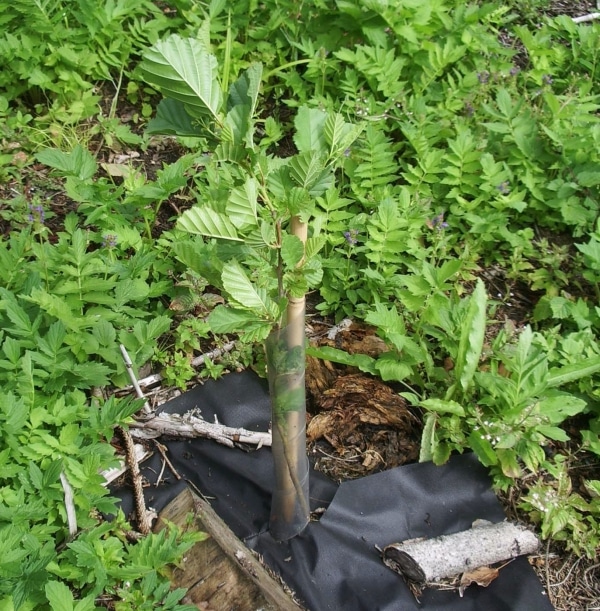 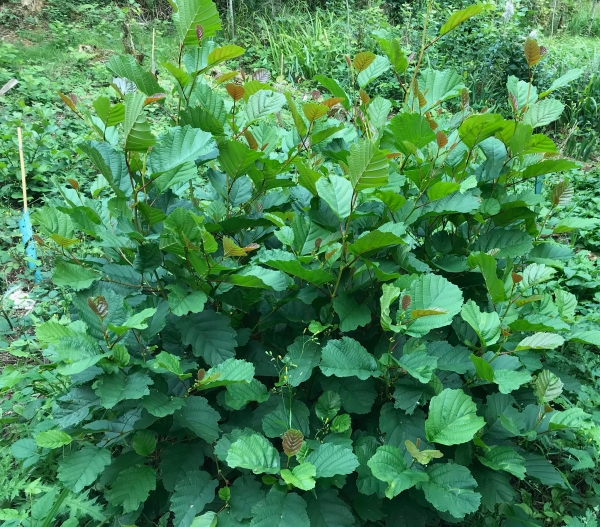 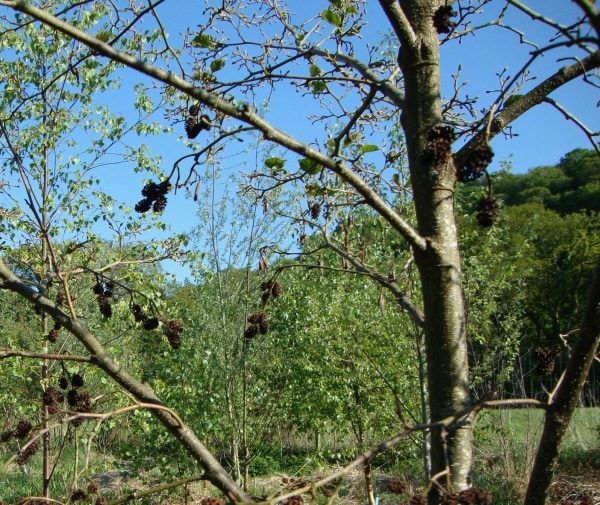 Alder is a member of the birch family and the bark and leaves are rich in triterpenoids, such as betulin and lupeol (Räsänen et al., 2019). An overview is given by Ren et al. (2017) of over 270 constituents of bark extracts including diarylheptanoids (noted for anti-cancer, anti-inflammatory and antimicrobial potential), polyphenols (mainly tannins), flavonoids (antioxidants), terpenoids, steroids and other compounds. Some of these antimicrobial constituents may become significant in antiviral treatments due to an ability to inhibit virus replication.

Another of the constituents is oregonin, a diarylheptanoid, which was found to be effective in a crude methanol extract against Staphylococcus aureus bacteria. A study by Dinić et al. (2014) looked at the effects of diarylheptanoids on cancer cells and normal cells, and found that these constituents did not interfere with chemotherapy drugs as well as protecting normal cells from damage due to chemotherapy. 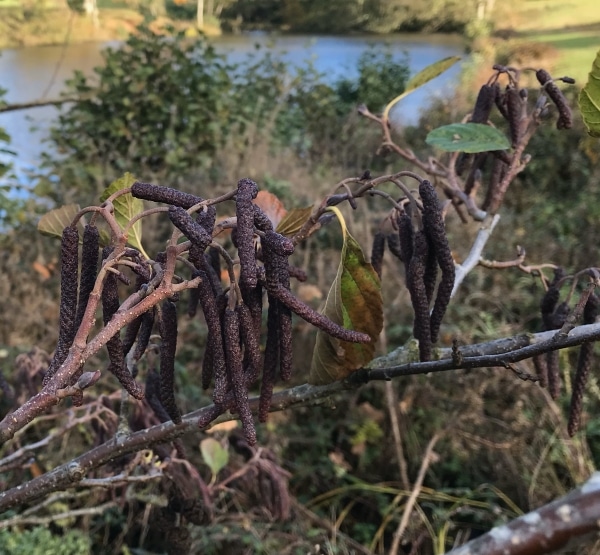