Information about growing medicinal trees and shrubs can be difficult to obtain. Many questions arise, from choosing the right plants to establishing and managing a successful planting project. We offer an initial design consultancy service to get you started, mapping out an outline plan based on your needs, for a fixed fee. Do get in touch if you would like to discuss your project.

The ways in which healing plants may be incorporated vary according to your interests and needs, and could include a focus on any of the following:

– herbs for infusions and teas 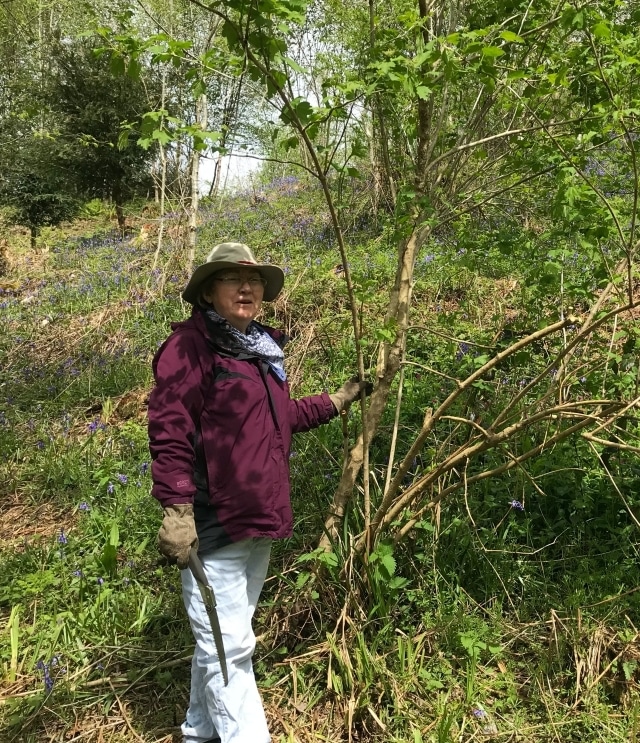 A short online course composed of 10 lessons introduces permaculture principles ideal for designing with medicinal trees and shrubs. This is a great way to get started in thinking about how you might include healing plants from herbs to woody perennials. 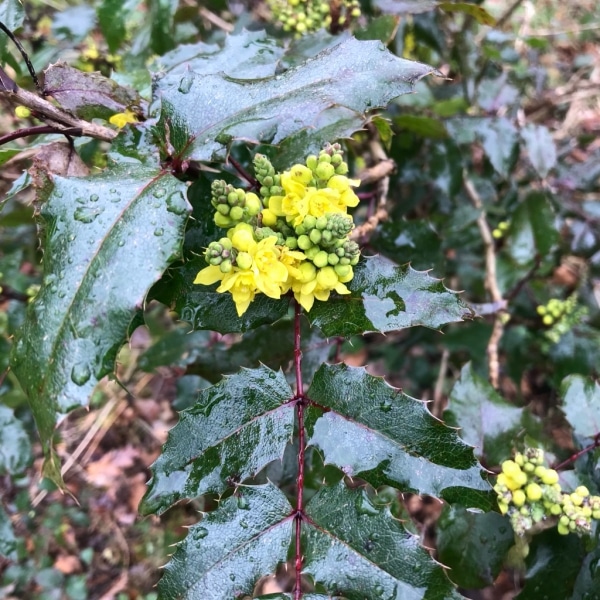 Oregon grape (Berberis aquifolium) is a woody shrub for shady places. Much cultivated for ornamental purposes, this North American plant has roots and stems rich in berberine. It is used by medical herbalists in skin conditions and other complaints.

We aim to showcase further examples of ways to integrate medicinal trees and shrubs into growing sites.

Coppicing refers to cutting woody perennials to the ground on a rotation basis, from several years to much longer. The technique has a longstanding tradition in producing wood for many different purposes, from houseold to industrial uses. This approach can be used to maximise production of fresh young stems for bark, flowers, fruit and leaves. 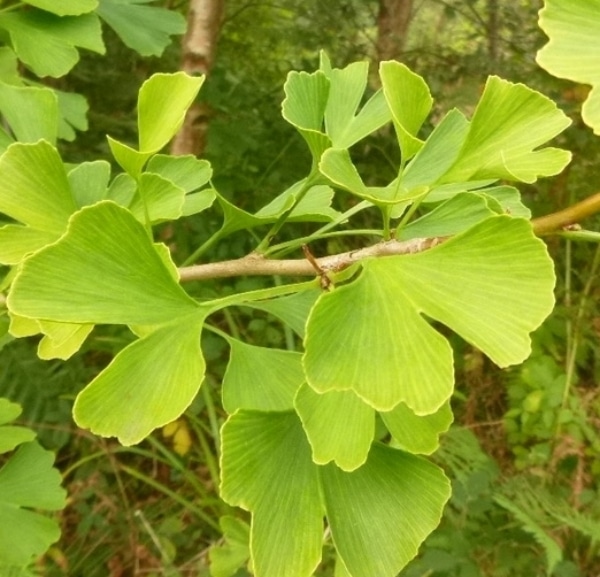 Permaculture offers a way of designing a growing project which is highly efficient through maximising use of space and resources needed for plant growth. By considering the needs of people and the environment along with plant requirements a project can be customised to fit with the available site. Characteristic of permaculture design are highly productive forest gardens or food forests.

Agroforestry generally refers to cropping with trees or pasture for animals with trees. Alleycropping has been a focus of some recent initiatives, in the UK and in Europe. By sizing alleys wide to allow mechanised access for cultivation and harvest, a wide range of possibilities are emerging.

Anne Stobart and her partner Kay Piercy purchased Holt Wood in 2004, when it consisted mainly of Sitka Spruce that were coming up to 40 years old, all beautifully straight trunks. At first they sought to clear a few trees. But, after some hairy experiences with guys who claimed to be able to fell trees, they were fortunate to find a local forestry contractor who agreed to clear the entire site and take the trees for timber and chipping.

With a freshly cleared site, Anne and Kay had to make some quick decisions and drew up a draft plan using permaculture principles. The plan was based on sections separated by wide rides. The aim was to coppice or pollard medicinal trees or shrubs alongside other plants to provide supplies for a medical herbalist. They were able to invite the local forestry contractor back to install a deer fence around the wood perimeter, and marked up planting sites in 2005. With volunteers helping, over 1000 trees were planted initially, each marked with a bamboo cane and a plastic spiral guard.

Once the initial planting of trees was complete, Anne and Kay could look around, discover the woodland as it grew, and invite visitors to see how everything was growing fast. But maintenance was important, including frequently making sure that weeds were kept down, paths and water courses were cleared several times each year.

Since 2004 Anne and Kay made improvements such as the addition of a forestry tool store, shaded propagation area, and they experimented further with cultivation techniques such as pollarding of willows. The young woodland has proved very productive in fuel, fruits and nuts as well as harvesting of medicinal tree barks and other herbs. The original aim was to show how sustainable supplies of natural ingredients could be produced in the UK. The project was extended to offer a demonstration example as a LAND permaculture project and excess produce was used in artisan production of herbal, cosmetic and other products. 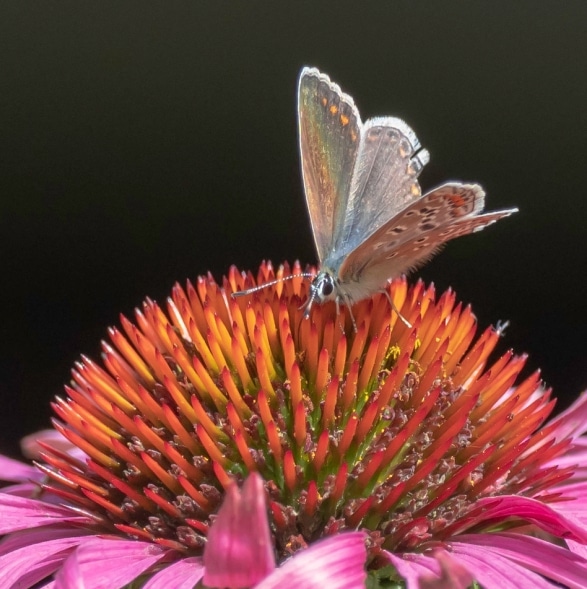 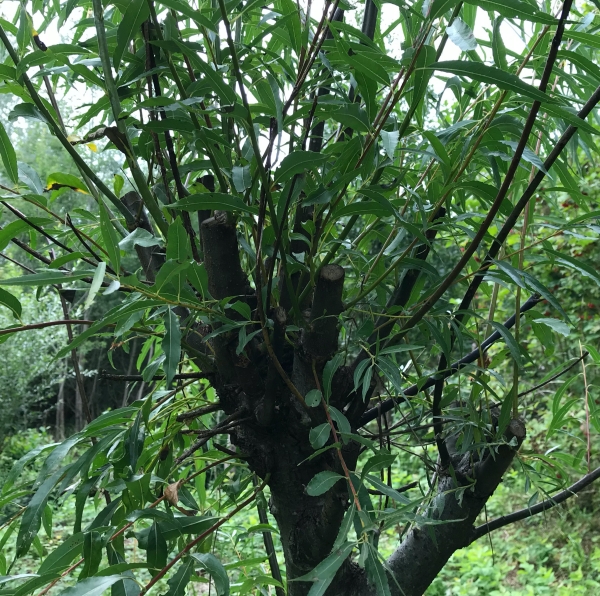 Listen to Anne talking with Daniel Tyrkiel about permaculture and herbal medicine. She tells how Holt Wood was transformed from a conifer plantation to a diverse forest garden where medicinal trees and shrubs could be sustainably cultivated and harvested. It is around 45 minutes and you can listen here…

See Anne talking with Maddy Harland of Permanent Publications about her role as a clinical herbal practitioner and a need for growing medicinal herb supplies, you can watch here… 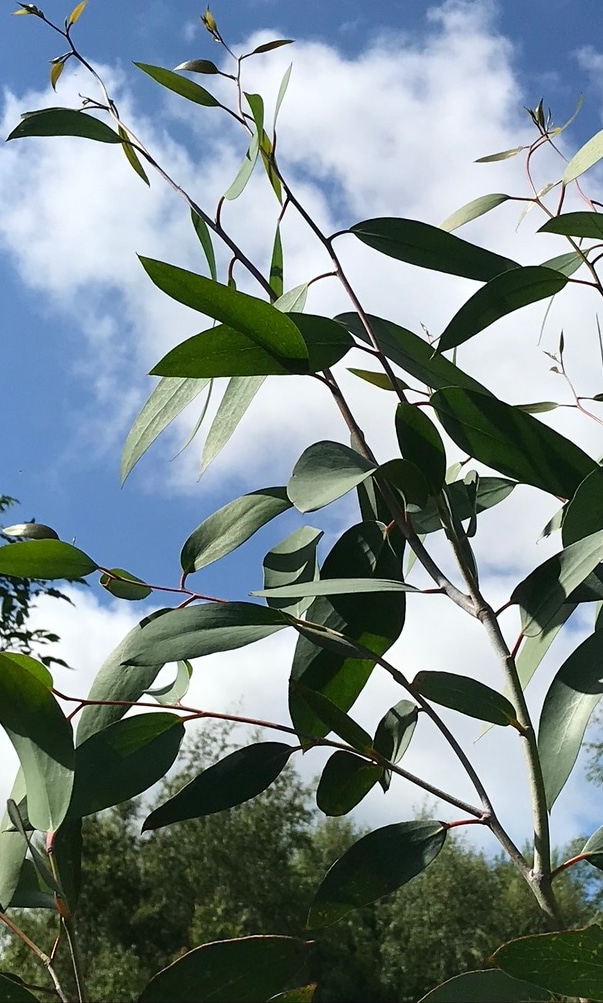 Most Eucalyptus species contain essential oils with antiseptic properties. This is Snow gum (Eucalyptus pauciflora), one of the hardier species.

Quince (Cydonia oblonga)  A small Asian tree that has medicinal uses not only for its golden aromatic fruits but also bark, leaves and seeds. Medicinal effects The quince is most widely known for its fruit which has anti-oxidant, astringent, carminative, diuretic and...

END_OF_DOCUMENT_TOKEN_TO_BE_REPLACED

How do you sustainably harvest trees in the medicinal forest garden? What if you need to  stop medicinal trees from getting too large? What works well in a permaculture design for producing botanical supplies such as bark, flowers, fruit and leaves from trees? In Part...

END_OF_DOCUMENT_TOKEN_TO_BE_REPLACED 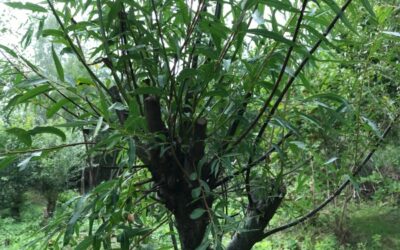 How does pollarding work? What works well in a permaculture design for harvesting botanical supplies such as bark, flowers, fruit and leaves from trees? Which trees pollard best? In Part 1 of this blog I focused on pollarding as a useful approach, and here in Part 2 I...

END_OF_DOCUMENT_TOKEN_TO_BE_REPLACED 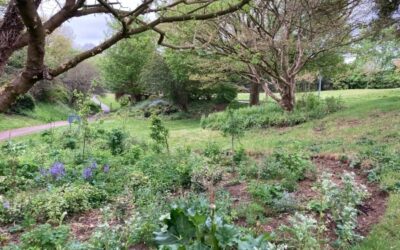 An extensive urban park in Essex now includes a biodiverse forest garden including many culinary and medicinal plants, described here by guest author Madeleine Paine, landscaping and garden designer. Getting started I have worked both paid and voluntarily at Harlow...

END_OF_DOCUMENT_TOKEN_TO_BE_REPLACED 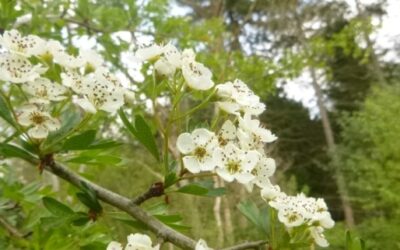 Hawthorn (Crataegus monogyna)  A small European tree, with fragrant flowers, leaves and red berries all providing benefits to the circulation. Medicinal effects The hawthorn is in the rose (Rosaceae) family. Medicinal actions are antioxidant, cardiotonic,...

END_OF_DOCUMENT_TOKEN_TO_BE_REPLACED 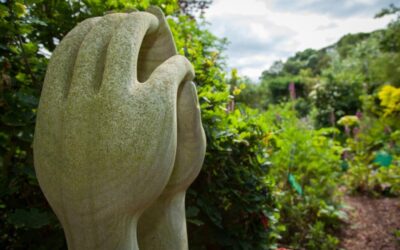