We think of it as an invasive weed but blackberry has a lot to offer!

Blackberry (Rubus fruticosus) is a common deciduous shrub sending out arching prickly stems up to 3-5 m long which in turn take root. The leaves and root are strongly astringent and so have been used to control bleeding, dysentery and diarrhoea. They are also diuretic, tonic and vulnerary. Blackberries and their leaves are rich in antioxidants (Verma et al., 2014) and can help protect from free radicals (Ozmianski et al., 2015). The blackberry plant contains sugars, minerals and vitamins as well as alkaloids, flavonoids, tannins, saponins, glycosides, terpenols, sterols, carbohydrates and volatile oils. Wild cultivars have been reported to contain the highest levels of myricetin, kaempferol and ellagic acid (Zia-Ul-Haq et al., 2014).

This is a strong-growing prickly arching plant with edible black berries. The blackberry grows in Europe from UK to the Mediterranean in waste ground, hedgerows, meadows and woodlands, and has naturalised in most parts of the world including North America. The plant forms dense thickets providing much cover for wildlife. The blackberry is a pioneer species, it tolerates poor soils and readily colonises cleared ground or wasteland, either very acid or alkaline. It is hardy to UK zone 6 and leaves begin in March with flowers from May onwards to September. The flowers are hermaphrodite and pollinated by insects. Blackberry will tolerate drought once established. It will grow in the shade although more fruits are produced in a sunny location. There are many closely related plants aggregated under the name of R. fruticosus. Cultivated forms without prickles are available. Another species R. parviflorus or thimbleberry from North America has stems without prickles. 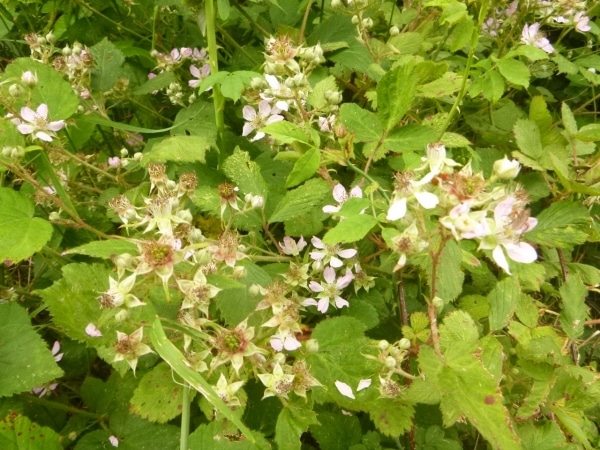 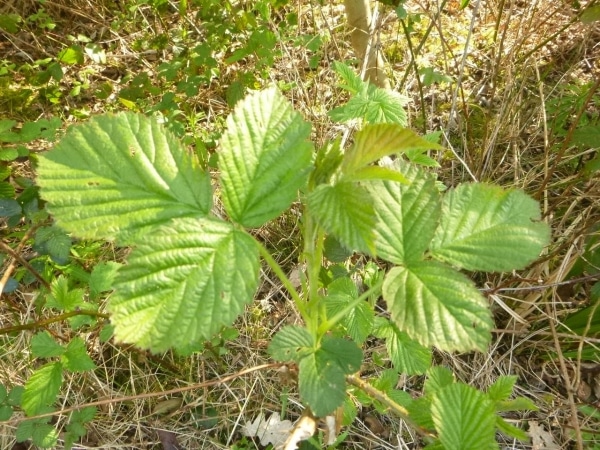 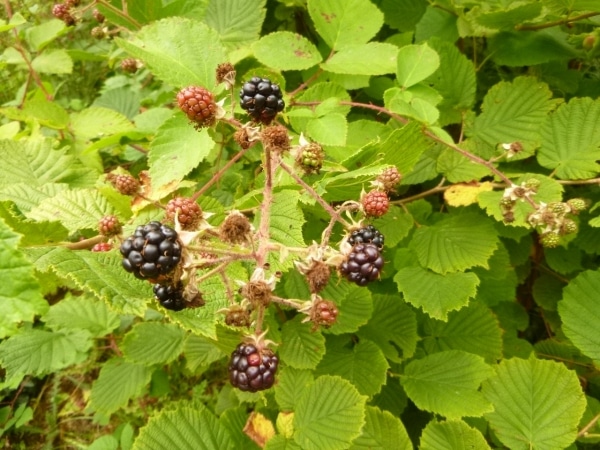 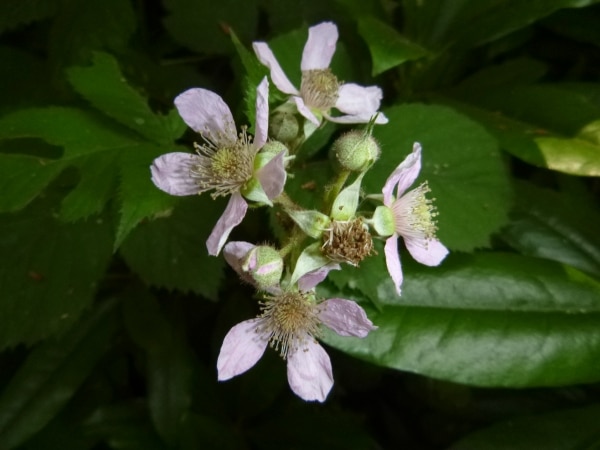 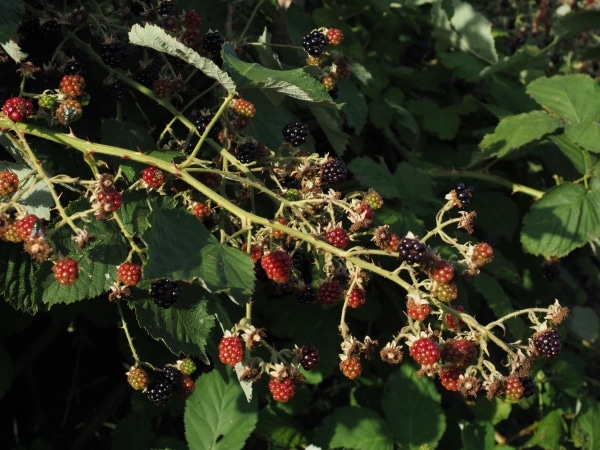 Harvesting and traditional use

Harvest the young leaves up to and during flowering for immediate use or drying. Take care with the leaf stems as some will have downward pointing prickles. Fruits are usually harvested from late August and September when black and ripe, taking care to protect the hands, and placed in a single layer in a container.

The blackberry leaf and root have had many traditional uses as well as providing fruit. According to Mrs Grieve’s Modern Herbal (https://www.botanical.com/botanical/mgmh/b/blaber49.html) the young shoots eaten in salad will help to fasten teeth. A poultice of the leaves can be applied to abscesses and ulcers. The leaves and roots are a longstanding remedy for anaemia, diarrhoea and dysentery as well as regulating periods.

Place a crushed handful of leaves in a mug and pour on boiling water, strain and drink after 5 minutes – take as a tonic in spring. Or allow to cool, then use as a mouthwash or gargle for a sore throat or mouth ulcers. For dried leaves use about half the quantity.