An unexpected find overlooking Teignmouth in Devon, Homeyards Botanical Gardens is high on the hill above Shaldon and the estuary. It is a historic terraced garden, originally created by Maria Homeyard in the 1920s. She was the wife of William Homeyard who made his fortune from the Liqufruta cough syrup, a herbal medicine widely sold in treatments for bronchitis and related complaints.

Liqufruta is interesting historically as a herbal cough syrup originally patented in 1902 by William Homeyard. He was a newspaper advertising manager and he would have been very familiar with claims for patented remedies in advertisements. The remedy was first sold as ‘Mother Job’s Liquid Fruit Cough Cure’ and said to derive from a recipe descended from a woman burned at the stake in 1735. Later the remedy was renamed as Liqufruta and sold in glass bottles at 2s 9d. Some of the advertising blurb of the time claims that the remedy contained no metals or narcotics:

“Liqufruta Medica the Only Safe Cure for Pulmonary Consumption, Chronic Asthma, Bronchitis, Catarrh. Certain of the germicidal constituents contained in this remedy are otherwise unobtainable throughout the world. Guaranteed free of poison, laudanum, copper solution, cocaine, morphia, opium… narcotics, or preservatives. Liqufruta Medica heals the chest, lungs, and throat, arrests the inflammation, loosens the phlegm, and effectually destroys the bacilli of consumption, etc., which no other medicine can reach.”

The mixture was made in a factory in Camberwell in London and one report notes that 45 women and 5 men were employed to process, bottle, pack and dispatch the bottles. Some of these workers may have been involved in summer camping with their families at Shaldon.

The patented remedy was the subject of an analysis reported in the British Medical Journal of 1909. The dark brown thick liquid was described as ‘smelling like a mixture of garlic or onion and peppermint’. The remedy continued to be made and sold, and in the 1940s was reported as also containing aniseed. In 1948 a large bottle of Liqufruta, ‘the herbal cough medicine for congestion, whooping and other coughs’, was priced at 4s 6d. In 1964 the remedy consisted of liquorice, ipecacuanha, with garlic, peppermint and aniseed oils. A product called Liqufruta is still made today by Ransoms Naturals, the formula including garlic syrup with an added constituent, guaifenasin. This is an expectorant based on an aromatic oil, guaiacol, a plant extract also used in making flavours such as eugenol and vanillin. 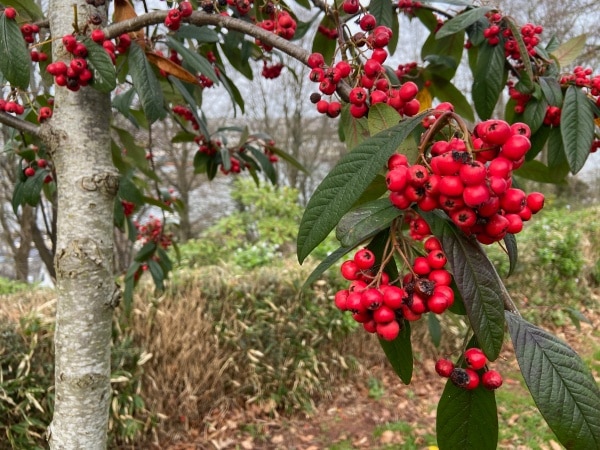 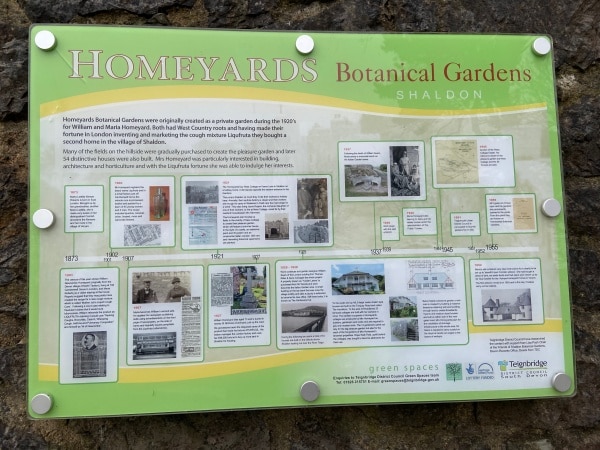 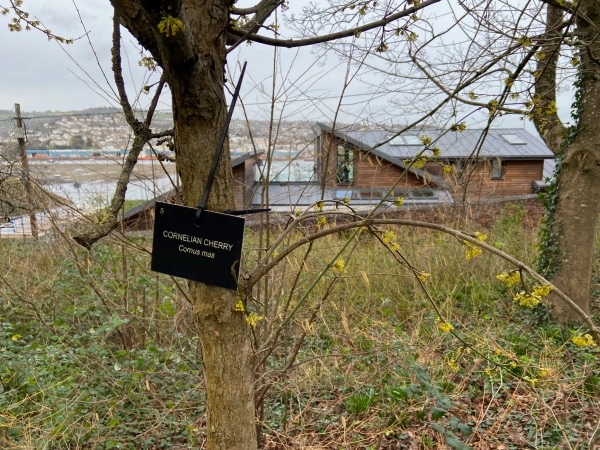 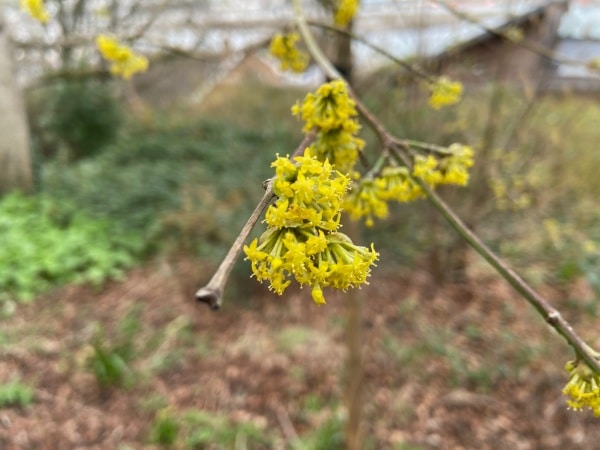 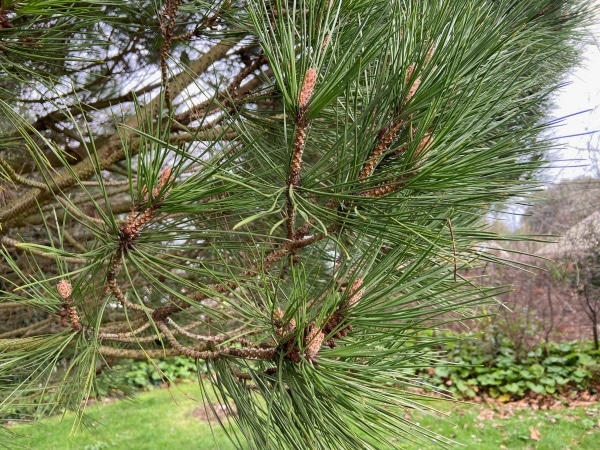 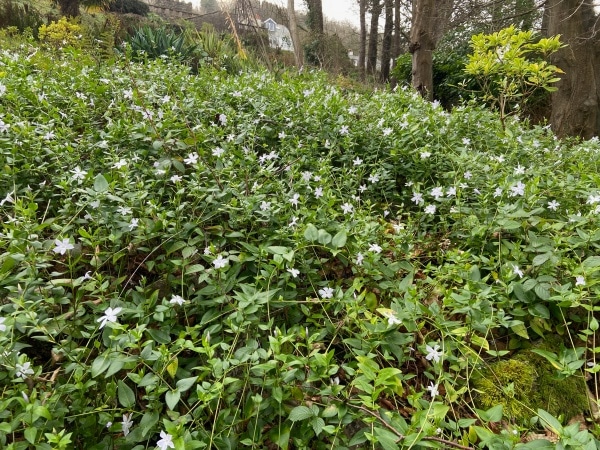 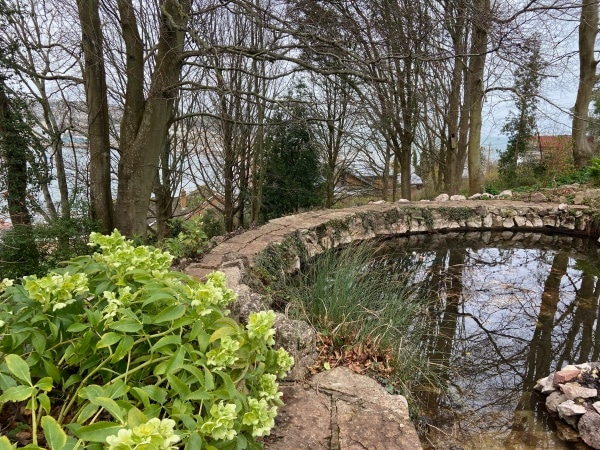 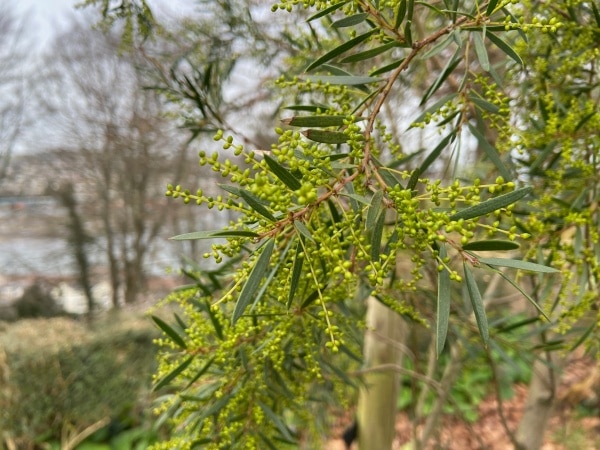 The fishing village of Shaldon was the location of Ness Cottage, bought in 1921 by Mr and Mrs Homeyard as their country retreat. William died in 1927 leaving his fortune to Maria. Her attempt to commemorate his gravestone with the name Liqufruta was refused. She clearly liked having the last say as she succeeded in having the stone engraved with the name in reverse, ‘Aturfuqil’. Subsequently she developed property in the Shaldon area and created the Pleasure Gardens, as they were then known. The new gardens were designed by William Sears and built by Thomas Rider of Southwark, London. After Maria’s death in 1944, the gardens were sold to Teignmouth Council and are now maintained for public use.

There are a variety of features on this steeply sloping site, from the summerhouse designed as a castle and built of local limestone, to the balustrades of the Italian Garden which overlook the Teign estuary. We strolled around a small pond and woodland paths, all with excellent views. There are large banks of pimpernels and hellebores. There are some well-established conifers and ornamentals, including Cornelian cherry (Cornus mas) and sweet bay (Laurus nobilis). The garden has benefited from the work of the Friends of Homeyards and Teignbridge District Council, receiving various grants in recent years for repairs to structures. Visiting in February, there was much to admire, and we enjoyed great views across towards Teignmouth.

The gardens are open 7 days per week and free to visit. There are a number of entrances, the one in Horse Lane is accessible to wheelchairs. Travel to the gardens is by car from the A38 across a lengthy bridge over the River Teign from the town of Teignmouth. There is a large paying car park at Ness Car Park in Shaldon, about 10 min walk away. Alternatively Teignmouth rail station can be reached by train from Exeter and Plymouth, and a walk down to the back beach shore leads to the Shaldon ferry, a short boat trip costing £2 each way.

See more on the history of Homeyards, on their website blog.