This is a tree-lover’s paradise deserving of repeat visits! Westonbirt Arboretum provides a good opportunity to see fully grown specimens of a wide range of medicinal trees. We visited in mid-March and glorious pink and white magnolia flowers were bursting out high up in the tree canopies. Although few trees were in leaf in early spring except for the conifers, this time of year also provided a focus on other identification features such as bark, buds and shape. This Arboretum in Gloucestershire has some 2500 tree species and five national tree collections (Japanese maple, maple, bladdernut, lime, walnut).

Westonbirt began as a collection in the Victorian era when the landowner Robert Holford funded plant collectors who travelled worldwide. He and his son George Holford developed and expanded the woodland 600 acre site. On George’s death in 1926 the estate was sold and had various uses such as a girl’s school and it was also requisitioned to the Air Ministry in World War 2. Eventually the land passed to Forestry England in 1956, becoming open to the public from 1961. Now there is a visitor centre and a cafe, and the woodland areas are marked out on a map with paths making access easy.

For a conifer lover, the Arboretum really is a delight. Of course most conifer species have some medicinal value, often used in traditional medicine for antiseptic and anti-inflammatory purposes. And all parts of conifers are likely to contain the aromatic components from bark to leaves and resin. The Arboretum has many fine examples of native UK conifers including Scots pine and yew. But there are many more pines, firs, cedars, cypress trees and other conifer species from Asia and the Americas. Here you can also practice identification skills on conifers, something that I have been recently aiming to do. 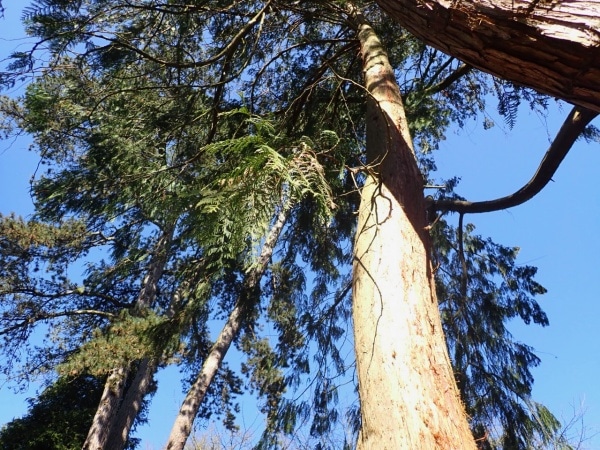 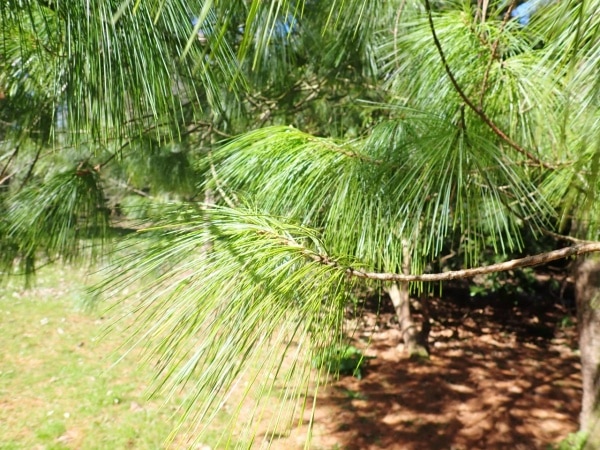 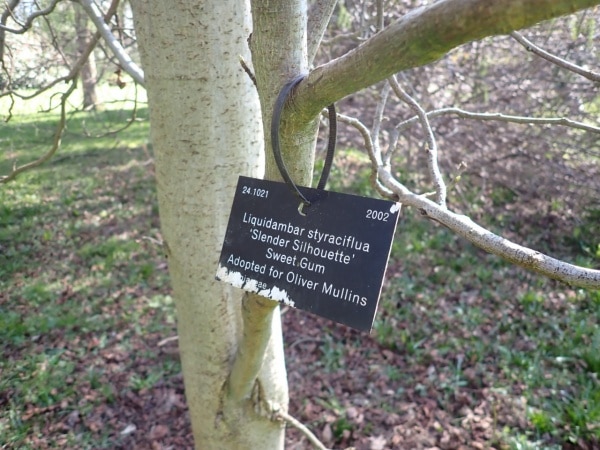 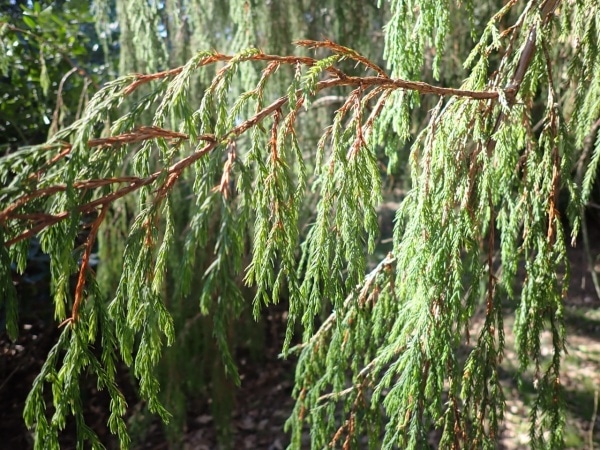 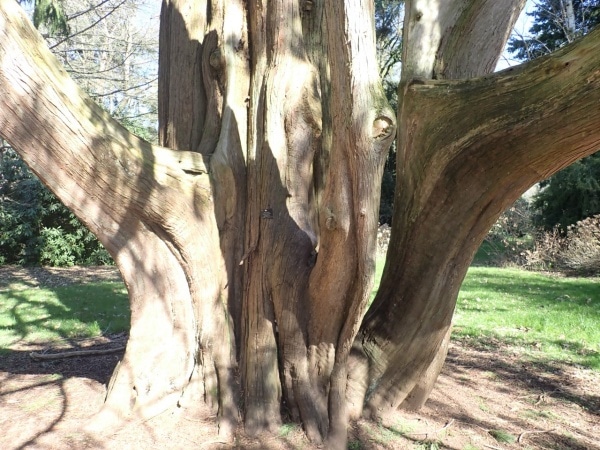 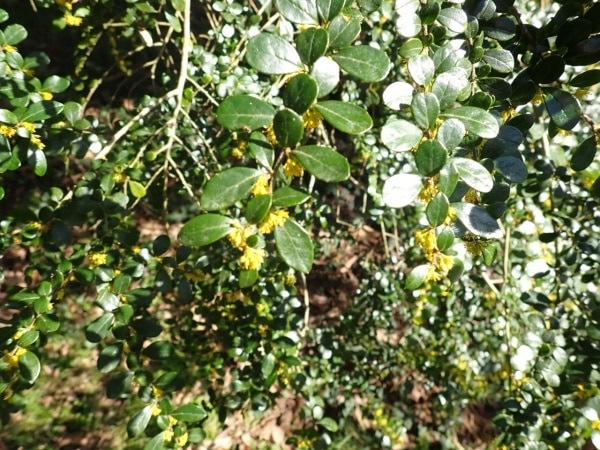 One of the best things about the Arboretum is that most trees are affixed with a label giving common name, Latin name, family and place of origin. I like to photograph this label on the tree before taking any further pictures so I can tag the images later on – there is nothing worse than reams of unidentifiable bark and leaf photos. Perhaps one drawback here at the Arboretum is that you are most likely to see grown specimens of trees, and so often branches and leaves are well out of reach. But, if you visit in a winter or spring month you are also likely to find branches and large twigs nearby that have been brought down by wind.

Amongst the conifers of note, the small Bhutan pine (Pinus wallichiana) has large needle bunches and these are so resinous and soft. The drooping juniper (Juniperus recurva var. coxii) is quite a sight too. My favourite conifer was hard to choose but I loved the handsome western red cedar (Thuja plicata). It has a widespread trunk base almost like haunches, and the foliage fallen nearby is incredibly aromatic. We strolled around Westonbirt for several hours and made our best discovery of the day. From the path we could smell chocolate – a fabulous enticing scent somewhat like caramel too – could it be a tree? We tracked down tiny yellow flowers on a rather spindly evergreen which turned out to be a member of the willow family from South America. This was the box-leaf azara (Azara microphylla). Checking the species out later I found that it is known for its vanilla-like scent, although no known medicinal uses were recorded.

We encountered some Westonbirt volunteers who were working through a tree list. They explained that there is a way to find information for individual trees. Orignally a database of specimen trees was started in 1998. Now you can search this database online and on returning home I found it at the Westonbirt Arboretum Explorer web page. This is a fantastic resource as you can enter a tree name such as ‘Thuja plicata’ and the search results return all the varieties present in the Arboretum. You can select one entry and a map indicates the exact location in the Arboretum plus tree number. This is an excellent aid if you are searching for a particular species or variety!!!!

Fun for the family

The organisers at Forestry England have made quite an effort to provide fun stuff for children too. There is a treetop walkway and plenty of other activities. There is a Friends of Westonbirt group. If we lived closer to the Arboretum then we would certainly seek out the volunteer opportunities and youth activities. To visit it may be necessary to prebook (you can do this online), cost is £11 per adult. Or you can join for £40 per year and have free entry with up to 4 children. Dogs are allowed in most parts, and guided walks are available.

The Arboretum is near to Tetbury and is about 20 minutes from the M4 or M5 motorways. Plenty of car parking is available.

If travelling by bus then route 69 bus from Stroud to Tetbury stops at Westonbirt Arboretum about three times per day. There is access by bicycle from a number of train stations, click here for details of other nearest train and bus routes.